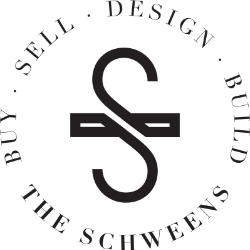 Santa Rosa is home to nearly 180,000 residents, making it the largest city in Sonoma County - as well as the county seat. A vibrant and diverse community, Santa Rosa offers all the amenities of urban life but is not far removed from the spectacular natural scenery that the Wine Country is famous for. Homes in Santa Rosa can be found for sale from as little as $400,000 to as much as $15 million – with the current median value hovering around $650,000. Santa Rosa homes date back as for as the late 1800’s to as current as now as it enjoys a renaissance of new design and construction that is featuring more modern architecture and design concepts – not to mention safer and more evolved building materials.

Old Courthouse Square is the center of downtown Santa Rosa and is surrounded by numerous shops and restaurants, including the internationally known Russian River Brewery. Santa Rosa real estate is highly desirable and boasts numerous historic neighborhoods, including the prestigious McDonald Area which blends with a collage of other historic locales like the Junior College, Montgomery Village, Railroad Square, West End, and Cherry Street Districts which help to give Santa Rosa its quintessential small-town feel. Old mansions and Victorians can still be found near downtown on tree lined McDonald Avenue - arguably the most beautiful street in Santa Rosa. Outside the downtown core you will find exceptional neighborhoods like Fountaingrove (on the rise with its newly designed country club), Montecito Heights, Rincon Valley, Annadel Heights, Bennett Valley and so much more.

Activities in Santa Rosa include the Charles M. Schulz Museum, dedicated to one of the city’s most famous residents with its Snoopy Ice Arena, along with Safari West - a private African wildlife preserve just outside the city boasting great scenery and overnight stays. Homeowners in Santa Rosa benefit from an elaborate network of parks - including the 5,000-acre Annadel State Park among numerous other regional and city parks that provide the true outdoor lifestyle that many seek when considering a move to wine country.

Santa Rosa has a large medical services community boasting two Kaiser Permanente campus’, a new Sutter Medical center and newly renovated – billion dollar - Memorial Hospital campus in downtown. Aside from the wine industry and tourism, there is a growing technology footprint in Santa Rosa in medical tech, especially as Medtronic calls it home and many start-ups have blossomed from there. In addition, Keysight Technologies (former test and measurements unit of Hewlett Packard) has its headquarters here as well. New to our community is a the SMART Train which now serves from the Larkspur Ferry terminal in Marin County with abundant stopping off points as it arrives at the expanded Sonoma County Airport where you can catch flights from major carriers like United, American, Alaska and Allegiant Airlines to go along with a bevy of private charter options boasting scheduled flights to LAX, San Diego, Seattle, Portland, Las Vegas, Denver, Dallas & Phoenix – from there the world is yours!